Finance and Load For Good Management

Many in Indonesia know Sukanto Tanoto today as an entrepreneur, pioneer, and visionary in a range of lucrative industries in Indonesia. Tanoto is the Founder-Chairman of Royal Golden Eagle (formerly Raja Garuda Mas), a global business that emerged from humble beginnings that currently employs some 60,000 people in multiple countries (including Indonesia, Brazil, and China) and has accumulated assets upwards of $20 billion.

This success is the product of decades of perseverance and tactical acumen on Tanoto’s part, who had been directing RGE’s operations since establishing it in 1973. The company’s growth is spurred by Tanoto’s leadership as well as his strong belief that his company must only operate as a responsible corporate citizen. 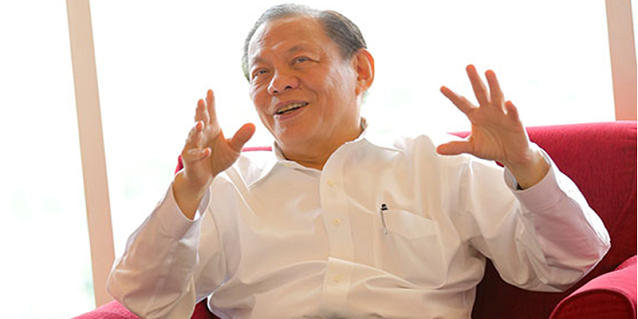 Sukanto has been active in guiding Indonesia to a brighter future almost as long as he has been a professional businessman. In 1981, Sukanto Tanoto and his wife, Tinah Bingei, founded the Tanoto Foundation to develop the country’s education, its future leaders, and support medical research into illnesses that plague the Southeast Asian region.

But education alone was not enough. Overtime, Tanoto developed the model of the 5 C’s—doing that which is good for ‘Community, Country, Climate, Customer, and Company’. This model is the central principle of the RGE Group and the ideology by which they demonstrate their commitment to responsible and sustainable leadership.

In addition, Tanoto is also a member of various education, community, and industry bodies, including the INSEAD International Council, and the Wharton Board of Overseers. The latter has awarded him the Wharton School Dean’s Medal Award in recognition of his contributions in support of the global economy and to the improvement of lives at an international level.

Likewise, Tanoto’s business group, RGE, has acted as a dedicated corporate partner to both communities and governments. Over the years, RGE has backed a range of community-based initiatives to improve the lives of people in its operation areas.

In Indonesia, for example, Asian Agri, an RGE- owned company, works in tandem with the government to support a transmigration programme to help relocate impoverished communities from areas with a high population density. These communities were provided facilities that included infrastructure, amenities, education and training through corporate-community partnerships.

Their active involvement since 1987 has helped over 30,000 families find better standards of living.

As a result, RGE’s operations have brought development, productivity, and urbanisation to places that were formerly remote, thereby raising the standards of living for local communities.

Sukanto Tanoto’s march for progress is relentless, continually developing the resources of his businesses as a way of contributing to the progress of their local and national economies.